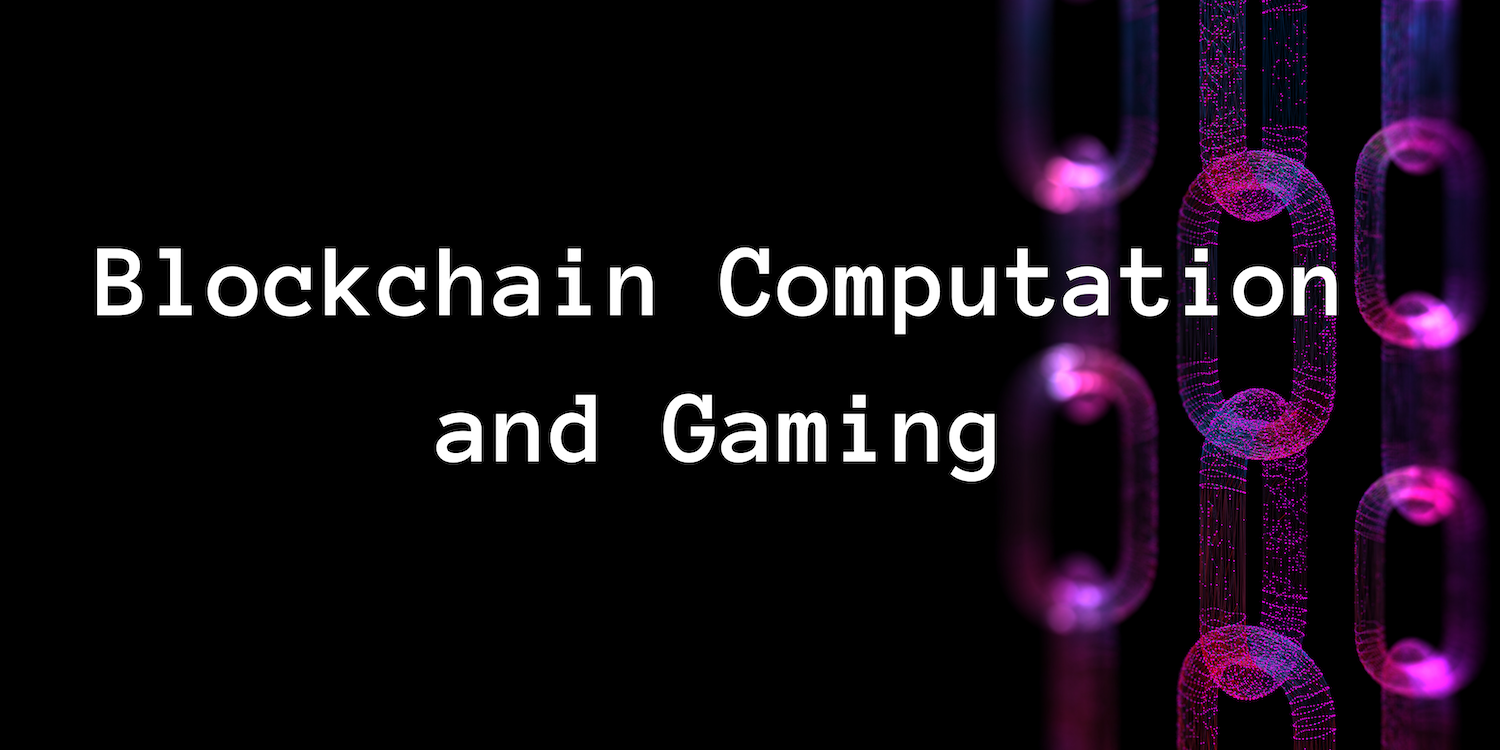 Use cases for blockchain oracles including VRF, gaming and communication dApps as well as a brief history.

As web3 evolves, it is clear that layer-2 solutions will be critical to its adoption. Complex functionality in decentralized apps (dApps) now necessitates more than just smart contracts. Furthermore, the current generation of decentralized oracle networks only supports one layer-2 operation: data on-chain via an external API. If we’re being honest, that is quite limiting.

Here’s the good news; we can change that by extending the functionality of these networks and combining them into a single layer-2 solution, decentralized applications can access the features they require without having to manage multiple token balances, integrate with multiple protocols, or rely on multiple services with varying degrees of centralization.

In this article we will touch on the evolution of the internet, examine two use cases of blockchain layer-2 oracle solutions in gaming and dApps communication, as well as discuss some of the challenges of web 3.0.

Web 1.0 combined two major inventions: Hypertext Markup Language (HTML), which uses HTTP (hypertext transfer protocol), and the Uniform Resource Locator (URL), which is the internet address where HTML resides. Most people didn't know how to use the internet at all until there was a commercial effort to provide a front-end search for it. The mid-1990s saw the introduction of the first widely used search engines from Netscape, Yahoo, and others, before Google took over.

Tim O'Reilly and Dale Dougherty defined Web 2.0 in 2004 as a read-and-write internet upgrade that brought us newsgroups, forums, and popular multi-media sites like YouTube.

The smartphone accelerated the evolution of the web into the mainstream. Now that every phone had its own internet connection, "surfing the web" was no longer limited to the desktop. "The Net" could now follow web users wherever they go.

Since then, these powerful corporations have made fortunes by studying our social behavior, and big tech has come to mean big data and big sales. They frequently monitor our opinions, punish us when we do not conform, and delete our accounts if our beliefs do not fit the mold.

Privacy, censorship, and the resale of our personal information have all become dystopian byproducts of Web 2.0. The internet today suffers from the status quo, in which new, powerful companies emerge only to replace the old guard.

Web 3.0 is associated with a plethora of terms and concepts. The following are some of the most important key features:

Web 3.0 arose from the need to assert our most fundamental freedoms online. It is our technological inspiration, borne of the difficulties of Web 2.0, in which centralization poses a threat to all of us.

Ethereum co-founder Gavin Wood coined the term Web 3.0, also known as Web3. According to Cointelegraph, his vision entails going beyond nations, borders, and political boundaries. In an interview with Wired.com, Gavin Wood emphasized the critical need for cryptography that can replace our trust in third-party platforms with credible reliability in math, encryption, and privacy.

This new internet, often referred to as a semantic web, is built on decentralized web technologies and integrates deeply into our daily lives, whereas the Internet of Things (IoT) means that all of our internet-connected devices, from the refrigerator in the kitchen to the car in the garage, will interact online to a coordinated intelligence, making our lives easier to manage.

In Web 3.0, machine learning is used to understand our searches, coordinate our devices, and improve features based on insights from our internet usage. Web 3.0 includes smart contracts and layer 2 solutions, and if it is successful, it will be the most significant technological advancement since the internet itself.

Nick Szabo, an American cryptographer and programmer, described the principle of smart contracts in 1996, long before blockchain technology existed. Smart contracts, according to Szabo's definition, are digital protocols for information transfer that use mathematical algorithms to automatically execute a transaction once the established conditions are met and that fully control the process. This definition, which was over ten years ahead of its time, is still relevant today.

The first cryptocurrency, Bitcoin, debuted in 2008, based on the revolutionary blockchain technology, which had previously lacked a decentralized ledger. Bitcoin’s blockchain does not allow parameters for concluding a transaction to be prescribed in a new block because it only contains transaction information. Nonetheless, the arrival of the technology fueled the development of smart contracts. After five years, the blockchain platform Ethereum enabled the practical use of smart contracts. Today, the ecosystem provides a plethora of platforms for the use of smart contracts, but Ethereum remains one of the most popular.

How Do Smart Contracts work?

Contracts can also invoke other contracts, and all transactions are visible on the blockchain. These contract transactions are immutable and cannot be changed once they have been recorded on a network, providing a high level of security.

How does an Oracle Work?

Contrary to popular belief, blockchain oracles are not external data sources. Instead, they serve as a layer that facilitates the querying, verification, and authentication of other data sources. The oracle then communicates the information in a format that the blockchain understands. Oracles may broadcast data in a variety of formats, including temperature readings from sensors, price information, or details about a completed transaction.

It is critical to invoke a smart contract and invest network resources in order to collect data from various sources. Additionally, some oracles provide functionality for conveying information to smart contracts and for transmitting information back to external sources. The architecture of a blockchain oracle is very context-dependent, validating the existence of multiple variations.

Use Case 1: Oracles and Blockchain Gaming

Randomness is a term employed in traditional and blockchain games, it ensures that games play out differently per time. Unfortunately, this is not optimal for on-chain computation. Any game that relies on Random Number Generation (RNG) will need to request a Virtual Routing and Forwarding (VRF) in order to create these random numbers. This is readily accomplished by making the oracle network task-agnostic, allowing randomness to be injected on-chain over the same interface as other data.

Apart from randomness, game logic can be infinitely complicated. This is not healthy for on-chain smart contracts, as running code at layer-1 imposes stringent computational constraints and can be more difficult to deploy for complex use cases than standard high-level programming languages. This frequently results in game logic being executed in centralized layer-2 settings, defeating the goal of running on the blockchain in the first place.

Use Case 2: Oracles and dApp Communication

Some use cases that immediately come to mind: sending the user a notification when their NFT is sold on a marketplace, notifying a DeFi participant about fluctuations in their investment valuation, allowing cross-dApp communication and integration, invoking an action on another blockchain in response to an event on Algorand (bridges anyone?). All of this could be done trustlessly, using a common interface and powered by a single token.

Challenges with Web 3.0, Oracles and the Future of Web

There is no doubt that the internet is on the verge of a major transformation. The Web 3.0 road map has been established, but now is the time for new industry leaders to discover game-changing solutions to the problems we face.

There is a need for privacy-conscious innovators, innovative solutions to make front-end graphics easier to understand for less tech-savvy internet users, and simpler on-ramps to demystify entirely new user experiences. But more importantly, there is a need to maximize what we already have, which includes layer-2 solutions and decentralized blockchain oracles. Algoracle.ai is one of these projects that is paving the way for a more decentralized internet.

And while experts in machine learning, artificial intelligence, and tokenized economies are needed, there is a need to educate the masses about the personal responsibility of managing encrypted accounts. 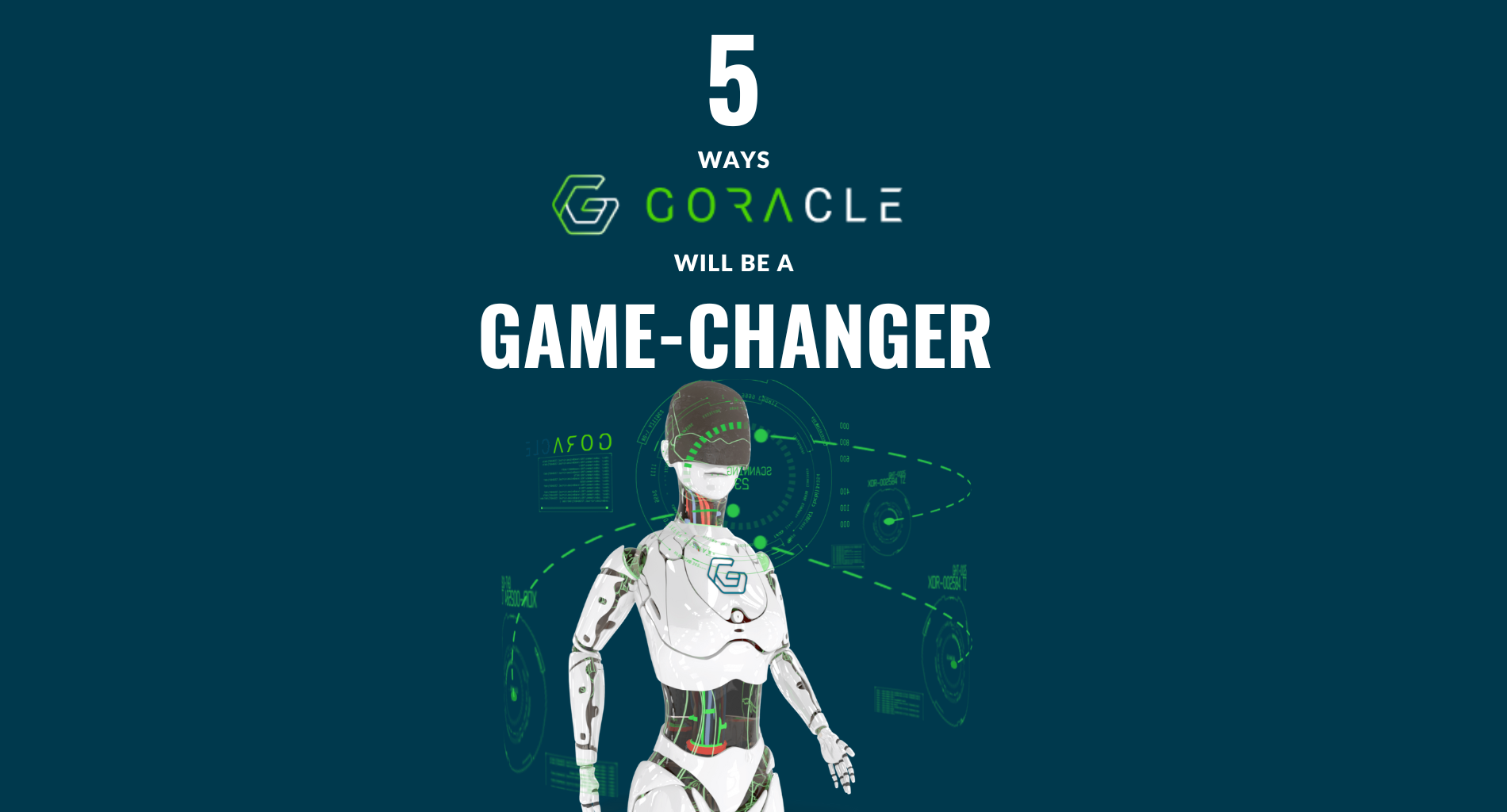 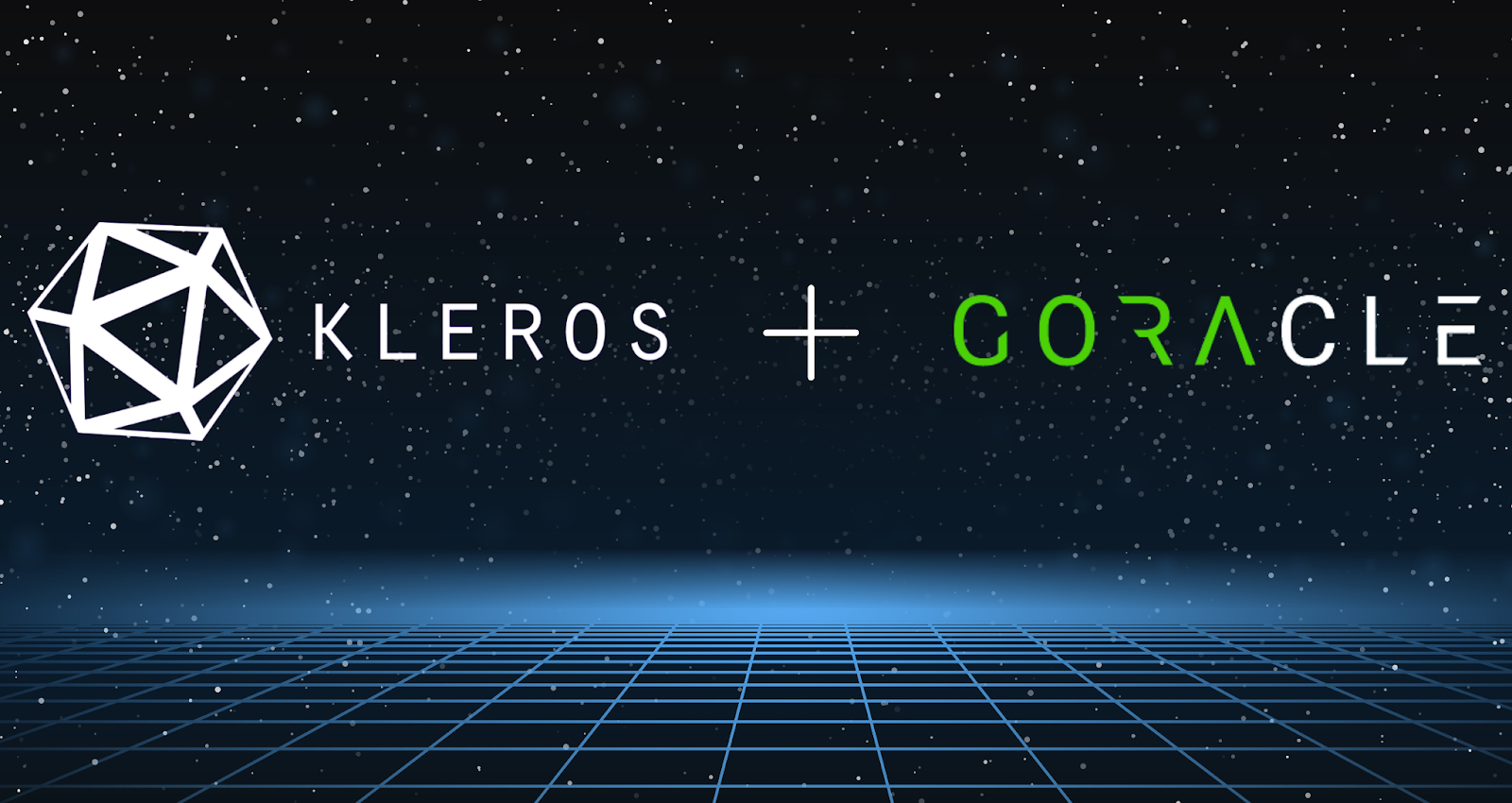 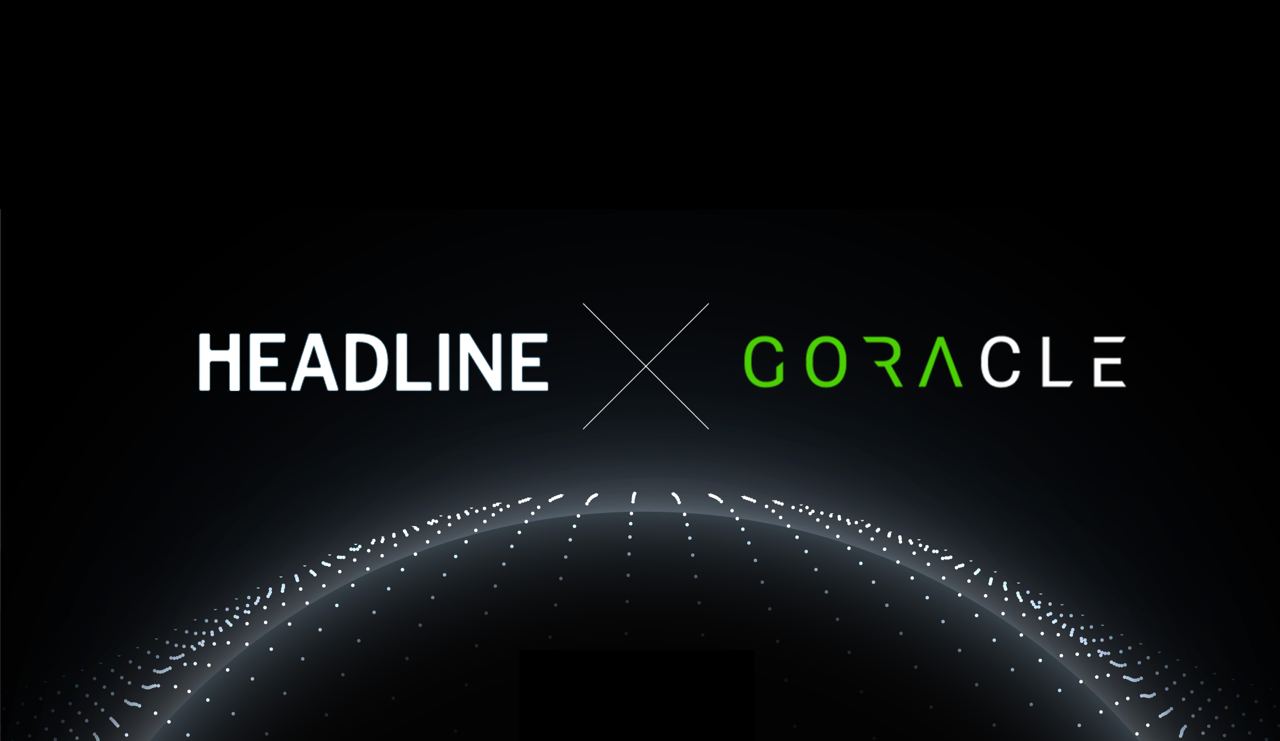